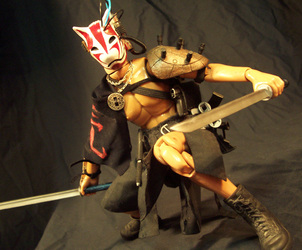 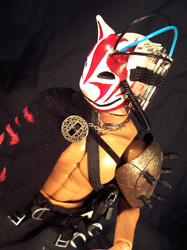 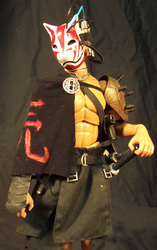 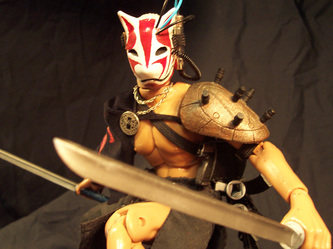 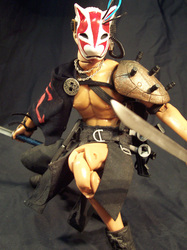 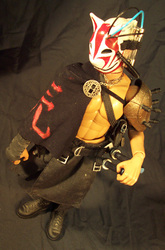 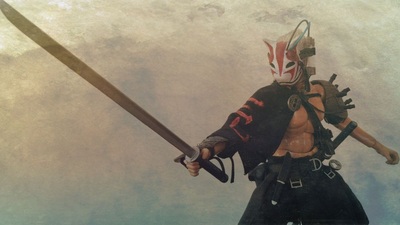 Kenji Tashiro, The Heretic, was born in a traditional village, but turned his back on the values he was raised with years ago. Making his way as a mercenary, he uses both high tech and traditional weapons to give him an edge in any situation. The fox mask he wears was a legendary mystic artifact, and the fact that he has modified it with certain optical upgrades is appalling to any traditionalist who recognizes it. The Kanji for “blasphemy” is on his left shoulder, and it is his blasphemous attitude towards either ideology that has earned him the name The Heretic.
Powered by