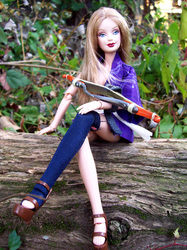 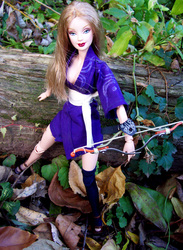 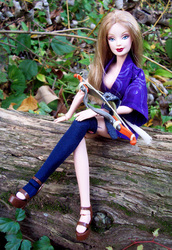 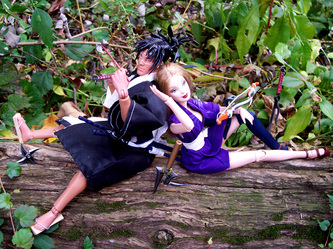 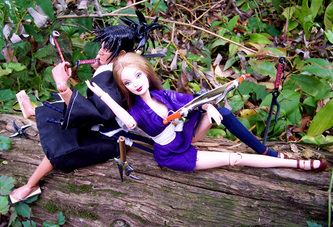 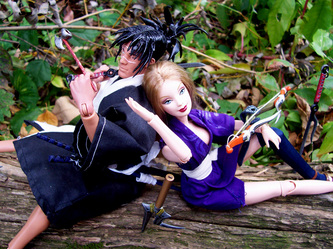 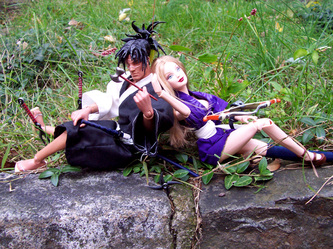 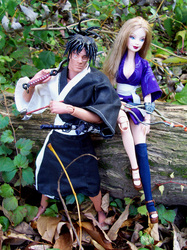 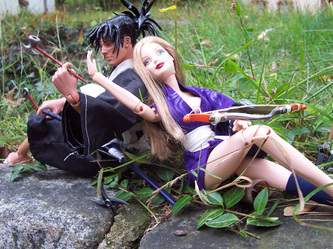 Hyakurin was my second Blade of the Immortal custom figure. One of my all time favorite manga series, I eventually plan to do figures of a good chunk of the cast. But Hyakurin had to be number 2. She’s unflappably cool, smart, and sexy in that “seen-it-all” kind of way. In a favorite series, she’s a favorite character.

The figure started with a Volks body and a Mattel Barbie head. It took some shopping to find a face sculpt with blond hair that worked, but I thought this one was dead on for her. The kimono was all sewn and painted from scratch, and her hair was straightened, cut, and re-styled before it worked for her. Her bow is actually from Boford Japan, a company that makes incredible 1/6th scale weapons, and it folds up and fits in her sleeve perfectly.
Powered by