Rise of the Radio Kings

​When the end came, it was not with a bang. No, in the end, we proved that neglect, greed, and ignorance could do more damage than bombs ever could (although the bombs would come later). The temperature continued to change, but we ignored the signs. We polluted the ground, and the air, until almost nothing could grow. When access to clean water, clean land, clean food became a privilege reserved for those that could afford it, so did good health.

While the rich grew powerful, unchecked, this shortsightedness could not last forever.

By the time it became impossible to ignore, it was too late. By the time the people fought back, there was almost nothing left to fight for, so they killed each other for the scraps left behind, while the world starved and rotted and the cities burned.

Still, the richest survived. They built impenetrable citadels, hoarding what resources were left. They took the technology, and with it the means to grow food, to clean the air and the water, and they crushed anyone who came for them, for there was only enough left for themselves. They saved those that would be useful to them, convincing them that to be a servant behind the safety of the walls, was better than to die outside of them. And this they chose to believe.

Over 50 years have passed. In the wastes, only the the strong, the heartless, and the brutal thrive. They've finally learned the lessons of the world's former masters. The fortresses that the leaders of the old world built to survive have become their prisons and tombs. Men who knew nothing but how to reap what others had sown, everything they have continues to break down and decay. So their soldiers venture out into the wastes to take what they want - the servants that they need, children to fill their army's ranks, and anyone with the knowledge to fix their decaying systems.

But even now, there is hope.

Crowther, or Saint Crow as he came to be known, was the first of the Radio Kings. Born in the wastes, he was taken by the men of the Citadels and raised as a soldier, his body modified to be strong, fast, resilient. Children were pitted against each other, until only the strongest survived - and Crowther was a survivor. But once outside the walls, everything changed.

He was part of a scavenging party, looking for old technology, when he discovered rock & roll - The Clash's London's Calling cassette, still in an old radio - and there was no going back. He escaped his masters and disappeared into the wastes. He wandered for years, digging through the ruins of the old world, and devoured any music he could find. Cassettes, cds, vinyl, old MP3 players, anything that he could get working. And then he found it - an old radio station that could be repaired, in a town that could be rebuilt. He sent out word. He'd gather the people necessary to make it all work. This is where he would start over.

Others would follow, and other towns, other stations would rise. In a world where so much had lost any value, old records became currency among these new leaders. They would build something new from the ashes of the old world. This is the world of the Radio Kings.
Characters 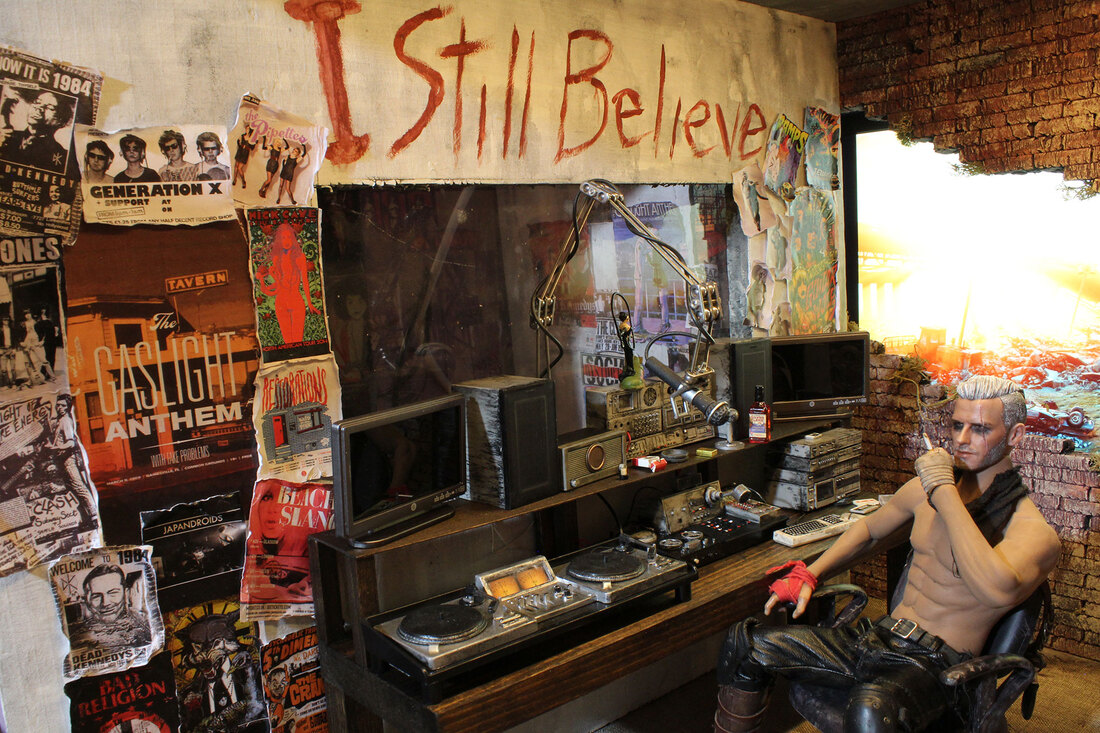 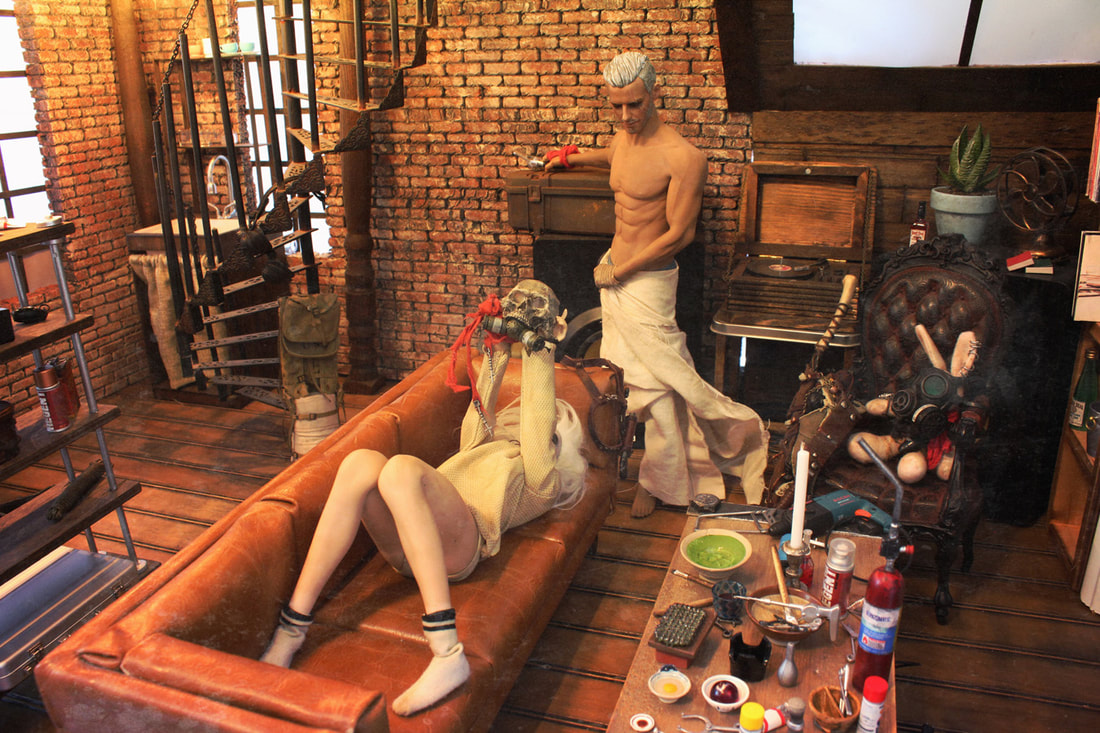 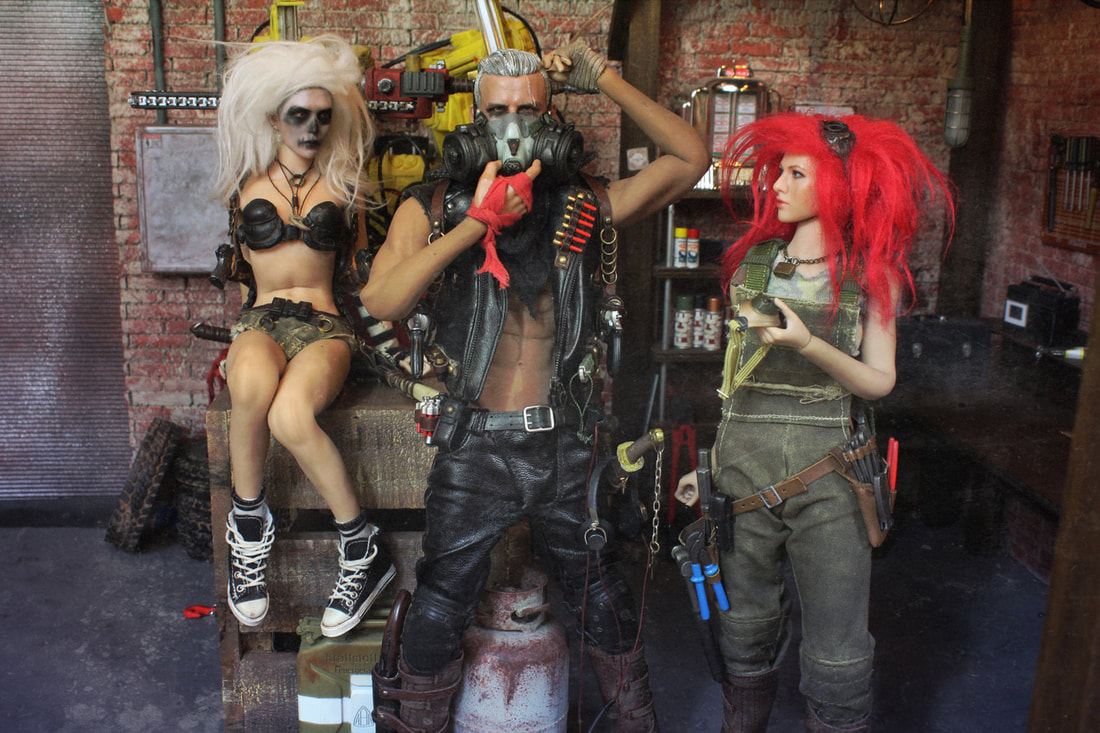 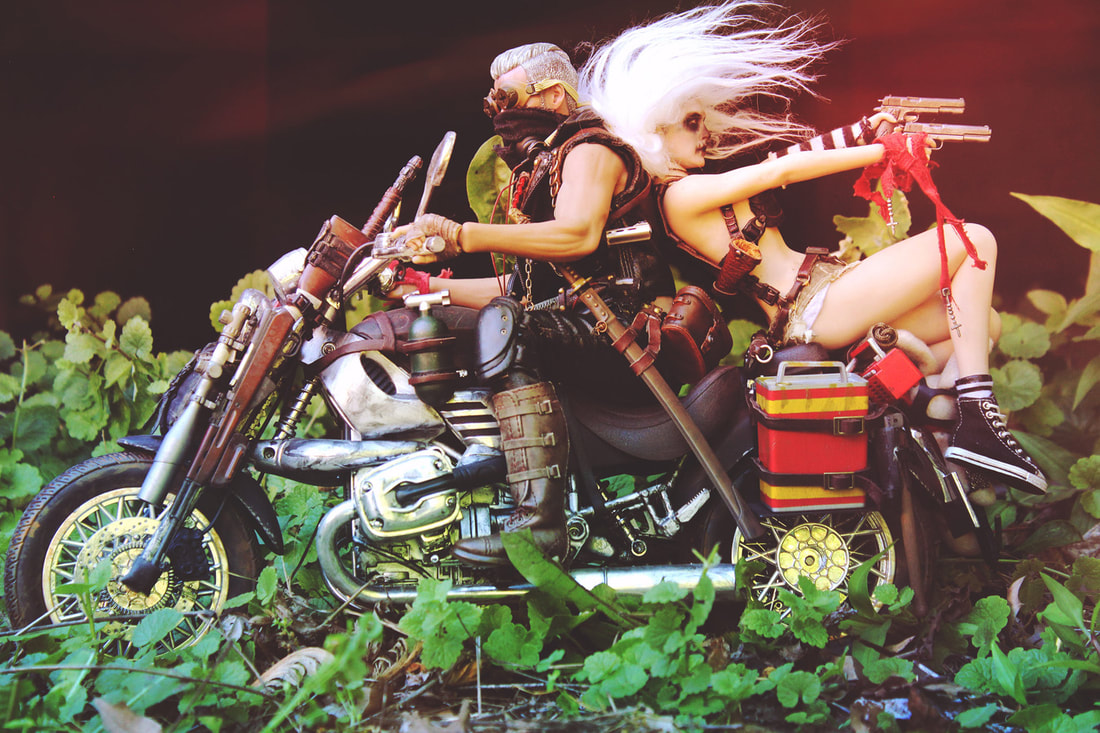 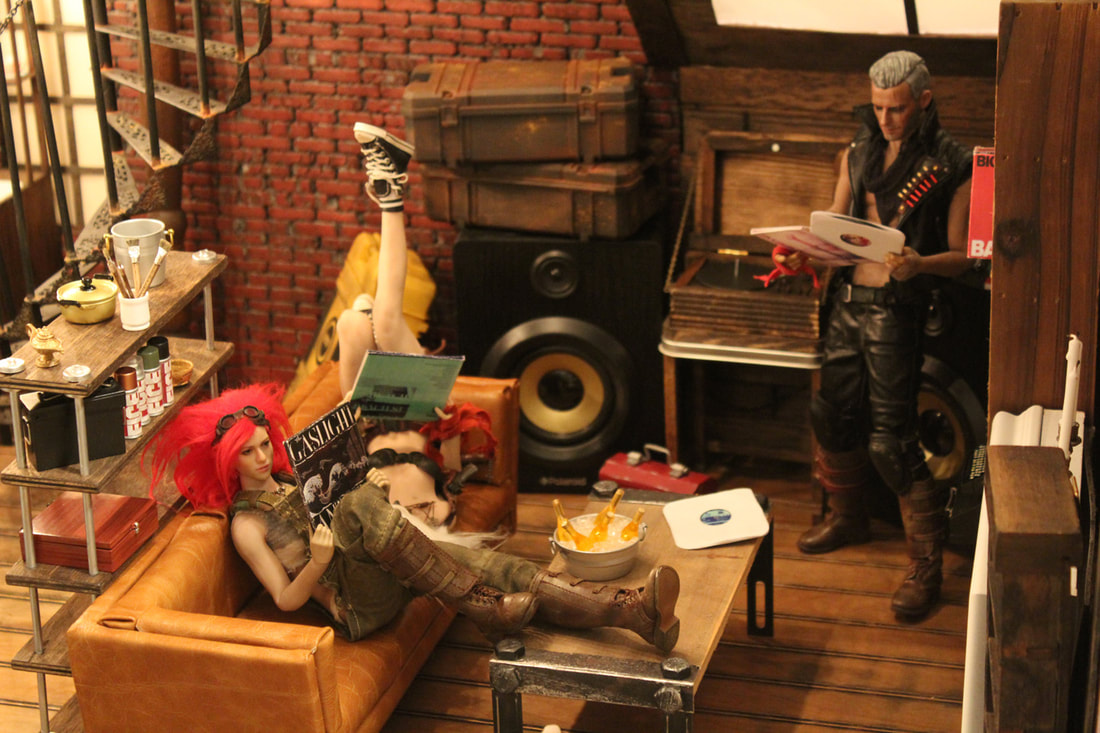 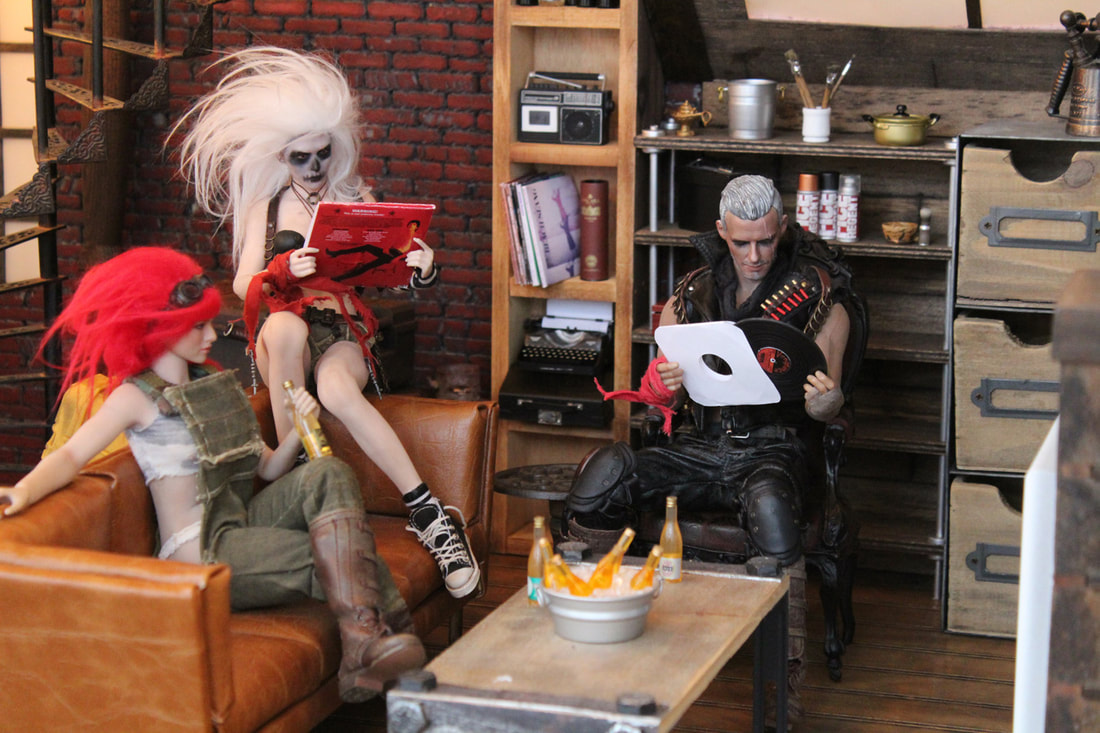 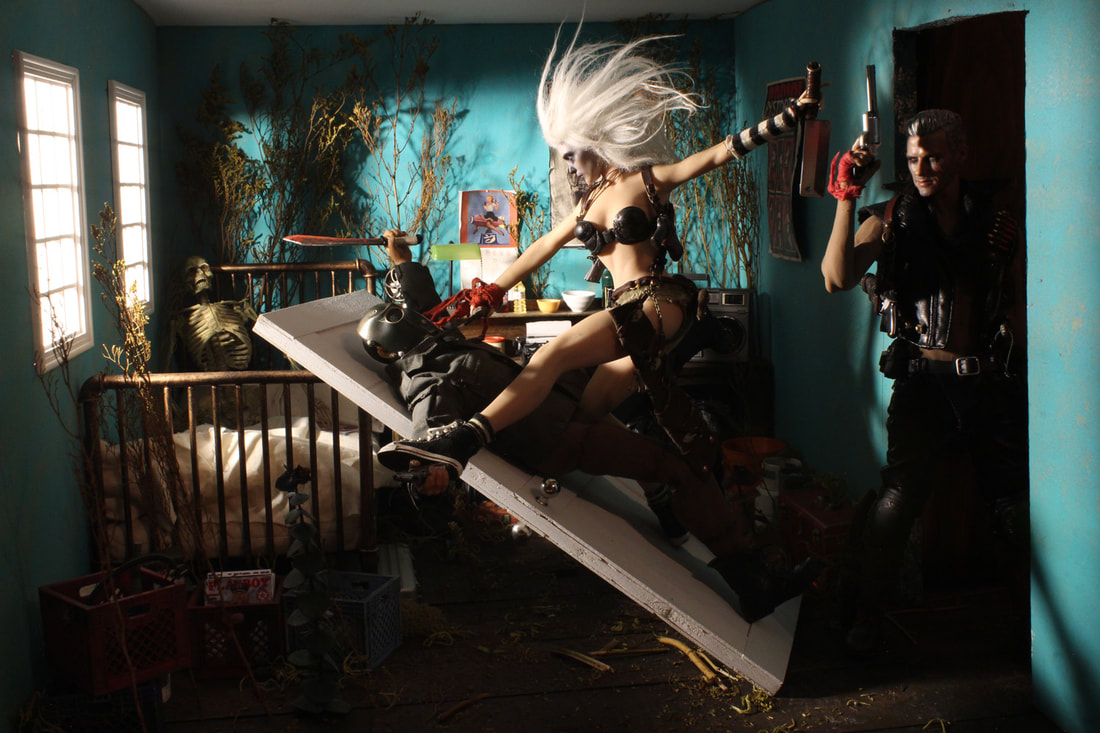